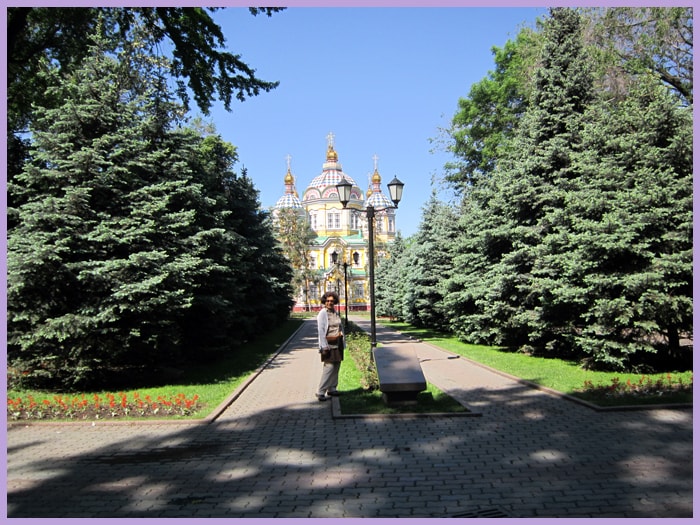 Day 1: Almaty - Shymkent
Kazakhstan tour is glad to see everyone! In the morning is transfer from the airport to exploration. The group will start from a city tour in Shymkent (4 hours). The city is located at the junction of the Great Silk Road. Learn more about one of the most ancient cities of the Middle Ages as Otar, Turkestan, Syganak, Sauran and others. Afterwards we will continue to the modern Shymkent. It is ancient and ethnic center in the south of Kazakhstan made for sight-seeing. We will visit Memory Alley in Park termed after Sh. Kaldayakov, Monument "Jer An", Ordabasy Square, Park "20th Anniversary of Independence of the Republic of Kazakhstan", Museum of political repression victims, Obelisk of Glory, Walk of Fame, Eternal Fire to the dropped in the Second World War, Arboretum and historical museum of local lore. Transfer to a hotel for sleep.

Day 2: Shymkent - Turkestan - Shymkent
Guests will travel to city of Turkestan originated around 500 AD at the intersection of caravan routes from Samarkand, Bukhara and Khiva to northern Kazakhstan. The city is known as the religious and political center of the Turkic-speaking people in the XVI-XVIII centuries as well as was the capital of the Kazakh Khanate. Turkestan achieved the worldwide reputation due to evangelization activity of the famous Sufi sheikh and philosopher Khoja Ahmed Yasawi. He was suppressed in a small mausoleum here in 1166. The mausoleum was founded after 233 years after his death by the order of a remaining military leader Emir Tamerlane. Today it became a masterpiece of out-of-date architecture as well as the main place of adoration for Muslims. According to legend, endeavors to construct a wall of the mausoleum botched saying that it was demolished by the big storm, in another version says that it was a green bull who came and abandoned everything. Tamerlan had a dream where a saint leader said him to erect a mausoleum over the grave of Arystan Bab (educator and divine mentor of Khoja Ahmed Yasawi). After dream he erected the tomb of Khoja Ahmed Yasawi. Today there are a lot of travelers visit the mausoleum of Arystan Bab, and then Mausoleum of Khoja Ahmed Yasawi. It is like a small Hajj to Mecca. In Turkestan you will visit "Azret Sultan" historical complex, Mausoleum of Khoja Ahmed Yasawi, Turkestan ancient settlement, Necropolis, a part of the fortress wall, Citadel with gates, Hammam, Hilvet dissident mosque and so on. In the end of day is transfer to a hotel.

Day 3: Shymkent - Almaty
In the morning we will transfer in Almaty by flight. Upon arrival is the city tour for about 5 - 6 hours. Group will learn more about history as well as growth of the country. The next destination is visiting the famous Green Bazaar. Everyone will see how the local life looks like. Also, it is one of the best places for bargain. The bazaar is very crowded but colorful. There are a lot of oriental sweets. In the afternoon we will visit Almaty parks as Panfilov Park, Zenkov Cathedral, the Memorial of Glory and Eternal Flame dedicated to the memory of the troops who expired for freedom of Kazakhstan. The tour continues to Medeo Gorge. It is the highest mountain skating rink in the world. Then we will drive to Kok Tobe hill and see the biggest TV tower in the world. Have a great pleasure by seeing panorama views and relish your tour. On the way we will visit the shop of national souvenirs and have a ride from the top of the hill to the center of the city by Almaty cableway. Night is in a hotel.

Day 4: Flight
Transfer to the airport.