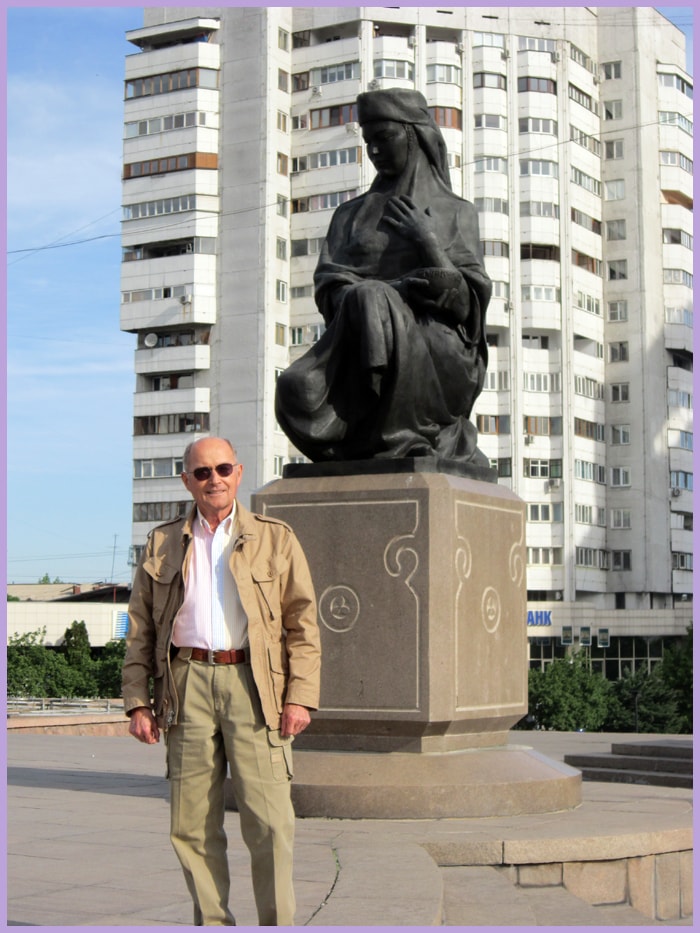 Day 1: Almaty - Shymkent
When you arrive at the airport the guide will meet you and drive to Shymkent. It will take 4 hours. This amazing city is located at the crossroads of the Great Silk Road. There are the most ancient cities of the Middle Ages as Otar, Turkestan, Syganak, Sauran and others. Everyone will be overwhelmed by modern Shymkent city and walk lengthways wide business streets. Visit Memory Alley in Park named after Sh. Kaldayakov, Monument "Jer An", Ordabasy Square, Park "20th Anniversary of Independence of the Republic of Kazakhstan", Museum of political repression victims, Obelisk of Glory, Walk of Fame, Eternal Fire to the fallen in the Second World War, Arboretum and historical museum of local folklore. Night is in a hotel.

Day 2: Shymkent - Turkestan - Shymkent
In the morning we will travel to Turkestan. This city was formed 500 AD at the crossing of caravan routes from Samarkand, Bukhara and Khiva to northern Kazakhstan. The city is illustrious for the holy and governmental center of the Turkic-speaking people in the XVI-XVIII centuries. Actually, it was the capital of Kazakh Khanate. Turkestan has gained the intercontinental status due to campaigning activity of the legendary Sufi sheikh and philosopher Khoja Ahmed Yasawi. He was repressed in a small mausoleum in 1166. The mausoleum was initiated after 233 years after his demise by the order of an outstanding military leader Emir Tamerlane. It is the masterpiece of primitive architecture and worship for Muslims. According to legend, it was overwhelmed by the storm and some people think that it was a green bull who came and demolished all. Some people say that Tamerlan saw a dream about saint who appeared and asked hime to build a mausoleum over the grave of Arystan Baba and the tomb of Khoja Ahmed Yasawi. Nowadays there are many visitors come to the mausoleum of Arystan Bab, and then Mausoleum of Khoja Ahmed Yasawi as a small Hajj to Mecca. Then we will visit "Azret Sultan" historical and architectural complex, Mausoleum of Khoja Ahmed Yasawi, Turkestan ancient settlement, Necropolis, Hammam, Hilvet subversive mosque. Afterwards is transfer to a hotel.

Day 3: Shymkent - Almaty
In the morning you will drive from the airport to Almaty. Grand city tour for 5-6 hours. Start from visiting central part of Almaty and learn more about the Southern capital of Kazakhstan.  Visit the Green Bazaar. It is the famed bazaar where you can find numerous goods. It is worth visiting! We will visit Panfilov Park and Zenkov Cathedral. The next destination is the Memorial of Glory and Eternal Flame which is ardent to the memory of the fighters who deceased for independence of the country. In the afternoon we will visit the Medeo Gorge and see the highest mountain skating rink. Get chance of visiting the famous Kok Tobe hill where you can see tallest TV tower in the world. Afterwards we will have the short ride from the top of the hill to the center of the city by Almaty cableway. Overnight is in a hotel.

Day 4: Almaty - Issyk - Almaty
We are glad to present the next day of a tour visiting the most beautiful gorges of Trans Ili Alatau - Issyk Gorge (7 hours). It is located laterally the Kuldja tract. See the burial mounds of Saka period, where the prominent "Golden Man". Today it is the state icon of Kazakhstan. Visit the State Historical and Cultural Museum Reserve "ISSYK". Being there you will have a chance to see the Golden Man and golden items, ancient ceramics, weapon, elements of horse equipment, as well as the model of Saka burial mound. Drive to an altitude of 1756 meters above sea level where you can see the stunning mountain lake Issyk. The lake was formed about 10,000 years ago because of avalanche of 300 meters in height. Transfer to a hotel.

Day 5: Almaty - Charyn - Almaty
The tour will start by driving to Charyn Canyon on a comfortable car or minivan. Group will be provided with bottled water. We will reach canyon in 4 hours. Learn more about facts, history, and nature of the region, Kazakh people, lifestyle, culture and traditions. Visit the local museum of traditional enhancing and pertained arts. On reaching to Charyn Canyon, you will be stunned by outstanding panorama and go down stairs to the bottom of the canyon, then walk around 2 km over the labyrinth of the Castles Valley. Charyn River won't leave anyone indifferent! On the way you will see eco-park with yurts and small outdoor café. It works only in summer. In the end of day, we will drive to a hotel for rest.

Day 6: Flight
Transfer to the airport. Flight for the next point.